This beignet recipe was inspired by a recent trip to New Orleans. If you haven’t tried one before, a beignet is a square doughnut covered in powdered sugar. As if that wasn’t good enough, dip this beignet recipe in our Chocolate Hazelnut, Butterscotch Caramel, and Vanilla Raspberry sauces. 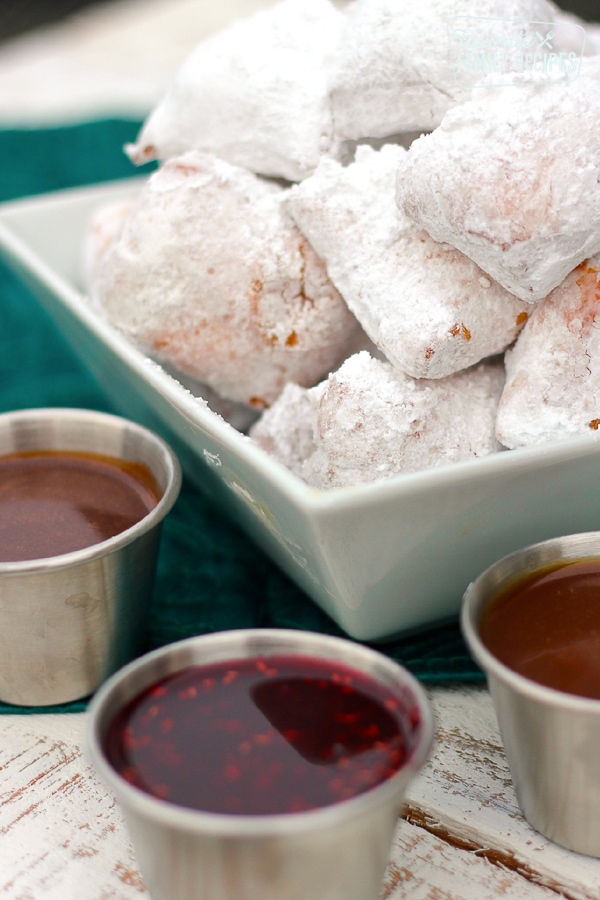 This beignet recipe makes the best mini beignets ever! They are fluffy yet have some density to them and are topped with the perfect dusting of powdered sugar. I first had beignets while visiting Louisiana. This is my favorite dessert from the beautiful city of New Orleans. If you’ve never been there, you should definitely put it on your bucket list. It’s a fascinating city full of rich culture, history, and food (of course!).

Prior to trying beignets, I heard they were fantastic. Like most foodies, I was a little skeptical. I’ve had my fair share of trying foods that have been hyped up by the masses and a lot of them have turned out to be fairly disappointing. I’m happy to report that not only did I absolutely love them, I liked them enough to come home and put together my own beignet recipe so I could recreate them anytime I wanted.

What is Mardi Gras?

This beignet recipe is a great option to make for a Mardi Gras celebration. However, there’s no reason to wait until February rolls around as beignets are eaten year-round these days (thankfully!). I do like to learn about the culture and origins of food, so I researched a bit about what Mardi Gras actually is.

“Mardi Gras” is a French phrase that translates in English to “Fat Tuesday.” Fat Tuesday is the day before Ash Wednesday, the beginning of Lent, or the 40 days of fasting and moderation leading up to Easter. Lent is traditionally observed by Roman Catholic and other Christian and Protestant religions. Fat Tuesday was—and still is for many!—the day people would eat the rich and fatty foods in their homes before the fast when only certain foods are allowed.

When Christianity arrived in Rome, religious leaders decided to incorporate popular pagan celebrations of spring and fertility with Fat Tuesday. Mardi Gras became a time of carnivals, feasts, and festivities that is celebrated around the world today. In Louisiana, Mardi Gras is a legal holiday. Plus, it’s a great excuse to indulge and make this beignet recipe. 🙂

For those that aren’t familiar, beignets are a square doughnut that is covered in powdered sugar. Did you ever see Disney’s Princess and the Frog? Beignets are the dessert they eat at the beginning of the movie. When we were visiting New Orleans we regularly hit up the famous Cafe Du Monde for these tasty treats!

Insider tip: if you are at Disneyland, they have the closest replica beignet recipe to the Cafe Du Monde version that I have tasted so far outside of this beignet recipe. Just another reason to head to Disney, if you need one.

This beignet recipe is simple to make, but it is time-consuming in the sense that the recipe needs time to rest and rise. When making the beignets, be sure to prepare the dough at least 4 hours before you plan to serve them. They need at least 3 hours to rise in the fridge then 30 to 40 minutes more out of the fridge. I promise you, the wait is well worth it! Plus, this beignet recipe makes for a fantastic make-ahead meal, which is always nice. 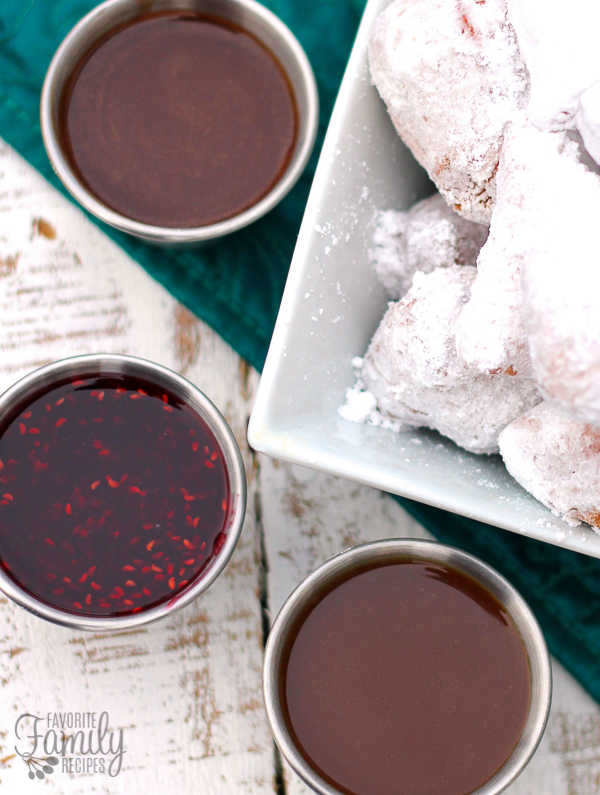 In the restaurant in New Orleans Square, they serve beignets with delicious dipping sauces, which takes the experience to a whole new level. It is my absolute favorite way to eat them.

When I make this beignet recipe, I also make three amazing sauces for dipping. It’s a bit of extra work but the extra flavor is totally worth it. Plus, everyone loves a good dip. Here’s the easy recipe for my favorite sauce trio: Chocolate Hazelnut, Butterscotch Caramel, and Vanilla Raspberry sauces.

If I haven’t made it clear yet, we are big fans of the delicious flavors in New Orleans. My time in the city has been well-spent as I always come back with loads of new recipes to recreate.

Check out more of our favorite copycat recipes from our visits to New Orleans here: 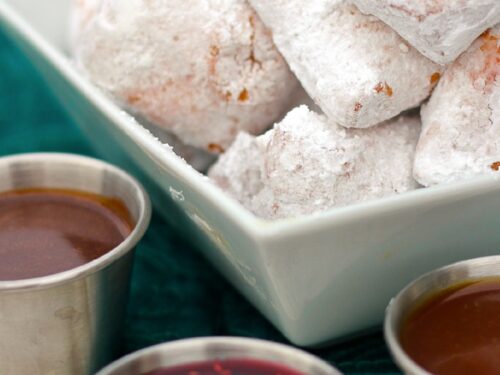 Print Pin Rate Video
Our delicious New Orleans Mini Beignets are a fun to make during Mardi Gras or anytime of year. We discovered beignets on a visit to New Orleans and have also enjoyed them each time we visit the Disney parks.
Prep Time: 4 hours
Cook Time: 15 minutes
Total: 4 hours 15 minutes
Serves: 8

Prep time includes the time it takes the dough to raise in the refrigerator and at room temperature. 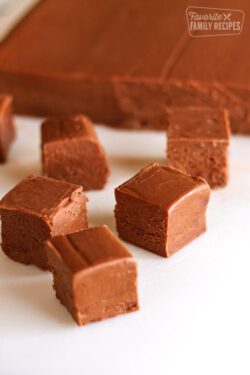 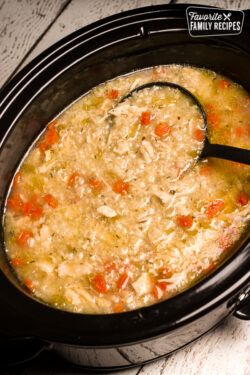 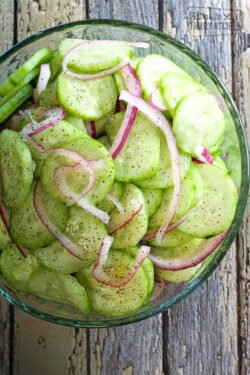 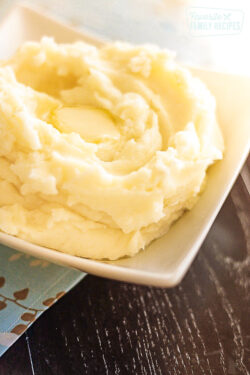 Error: Access Token is not valid or has expired. Feed will not update.
This error message is only visible to WordPress admins