Making your own pumpkin puree is a breeze! Forget about canned pumpkin and make your own at home with these 3 EASY methods!

Have you noticed there has been a canned pumpkin puree shortage this year? Seriously! People are hoarding canned pumpkin like toilet paper! I had a frustrated friend call me and complain that she had looked at over seven grocery stores with no success. Finally, she and I got in the car and headed over to Albertsons. Though there were no cans of pumpkins on the shelves, there were HUNDREDS of pie pumpkins outside! There may be a shortage of canned pumpkin but there is no shortage whatsoever in PUMPKINS. We each grabbed a bunch of pumpkins and headed home to make our own pumpkin puree. Let me just tell you, homemade pumpkin puree is hands-down better than the canned stuff! Don’t let this canned pumpkin shortage get you down. Think of it as an excuse to make your own! You will be glad you did.

Pumpkin. That’s it. Pumpkins have that rich pumpkin-y flavor all on their own and nothing else needs to be added. After your pumpkin is done cooking and you are to the pureeing part, you can add a tiny bit of water if you feel that your puree is too thick. Most of the time when I make pumpkin puree it is actually on the thinner side and needs to be drained a little. If you feel the need to season your pumpkin puree, you can always add some spices such as nutmeg, cinnamon, cloves, ginger, and/or allspice. You can also make your pumpkin sweeter by adding granulated sugar, brown sugar, or even honey. When my kids were babies and I would puree pumpkin for baby food, I would add a tiny bit of brown sugar to their puree to make it a little more palatable.

What Kind Of Pumpkin Is Best?

Pumpkins, in general, are a very nutritious fruit (yes, pumpkins have seeds which qualifies them as a fruit. Crazy right?). They are VERY high in Vitamin A and have a decent amount of fiber, protein, vitamin C, Vitamin B12, manganese, potassium, copper, Vitamin E, and iron. Pumpkins are also low in calories and fat. We love adding pumpkin to chili or curries to not only boost the flavor but to also add more nutritional value.

How To Cut A Pumpkin

I am pretty sure most kitchen related ER visits are from people cutting pumpkins (or watermelon). Don’t quote me on that, but cutting pumpkins can be scary! The skin is tough and they are hard to cut. Oh, and they are ROUND which makes cutting them even more fun. However, I have found that if I make a slice from the base of the stem all the way around the pumpkin to the other side of them stem (not ever cutting the stem itself). I can just pull the pumpkin apart the and stem will naturally just break off to one side. This is really easy to do especially with the smaller pumpkins, such as pie pumpkins. For larger pumpkins, make two cuts, one on each side from the stem base to the bottom of the pumpkin and just pull it apart. It should break apart easily from the top and bottom.

How to Make Pumpkin Puree (3 Ways)

We have three favorite ways of cooking pumpkin to be pureed. There are advantages to all three ways so I will go through each one:

Overall, roasting is my favorite way of cooking pumpkin. It may be in my head, but I just think the flavor is better when it’s roasted. The pumpkin tends to dry out a little in the oven, which is actually a good thing so you don’t have to sorry about straining your puree later on. It’s easier to add a little water at the end than wait for the water to strain out because the puree is too thin. To roast your pumpkin, simply cut it in half (see “How To Cut A Pumpkin” above), scoop out the seeds and gunk, and place it cut-side down on a baking sheet lined with foil or parchment. Bake for 50-60 minutes depending on the size of your pumpkin or until soft.

Steaming your pumpkin is a great, quick alternative if you don’t have an Instant Pot. This is how I would cook my pumpkin the fast way before Instant Pots were a thing. Simply slice your pumpkin in half and scoop out the gunk. If you have a large steamer you might be able to fit the halves right in but for those like me with a smaller steamer basket, you will need to cut the pumpkin into smaller slices. I just cut mine as if I were cutting a cantaloupe. Add water to your outer pot and bring it to a boil. Add the pumpkin to the steamer basket, place the lid, and steam for 20 minutes or until the pumpkin becomes soft.

Depending on the size of your pie pumpkin, this recipe makes approximately 2 cups of pumpkin puree, which is the same as a 15 oz. can of canned pumpkin. Because this recipe is pure pumpkin, you can use at a 1:1 ratio with any recipe that calls for canned pumpkin. Pie pumpkins are usually sold by unit rather than by weight so it’s never a bad idea to try and get the biggest one you can find. That way if you are using it for a recipe, you won’t be short on pumpkin. It’s always a good idea to have a little extra than not enough!

After you have pureed your pumpkin, you can scoop it into jars, plastic lidded containers or Ziplock bags. Allow the puree to cool to room temperature and then store in your refrigerator. You can keep your pumpkin in the fridge for 5-7 days. When ready to use, just give it a good stir. If you have found that some liquid has separated from the pumpkin you can drain it off or just stir it back into the pumpkin. I like my puree on the thicker side so I will usually drain off excess liquid before stirring and using.

Can You Freeze Pumpkin Puree?

YES! You can store your pumpkin puree in any kind of freezer-safe container. Freezing is a great way to go if you make a big batch and don’t want to use it all at once. You can keep it frozen for up to 4-5 months in the freezer before losing freshness and quality. When my kids were babies I would freeze the puree in muffins tins. Once frozen I would put them in a freezer bag and take out one serving at a time to thaw for baby food. HUGE $$$$ SAVER. To thaw, place it in the fridge overnight, or put your container of puree in a bowl of cold water for 10-15 minutes. As mentioned above, you will probably have liquid that forms on the top. You can stir it in or drain it off before stirring.

Now that you know how to make pumpkin puree, here are a bunch of recipes that you can use it in: 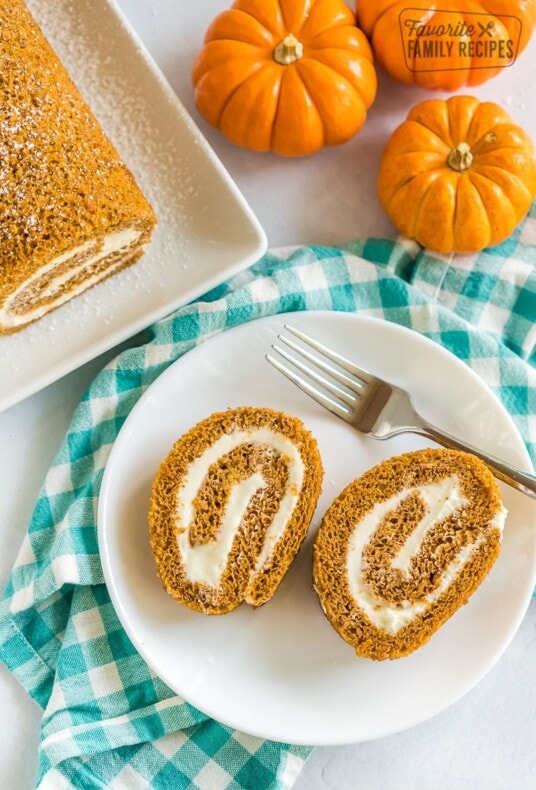 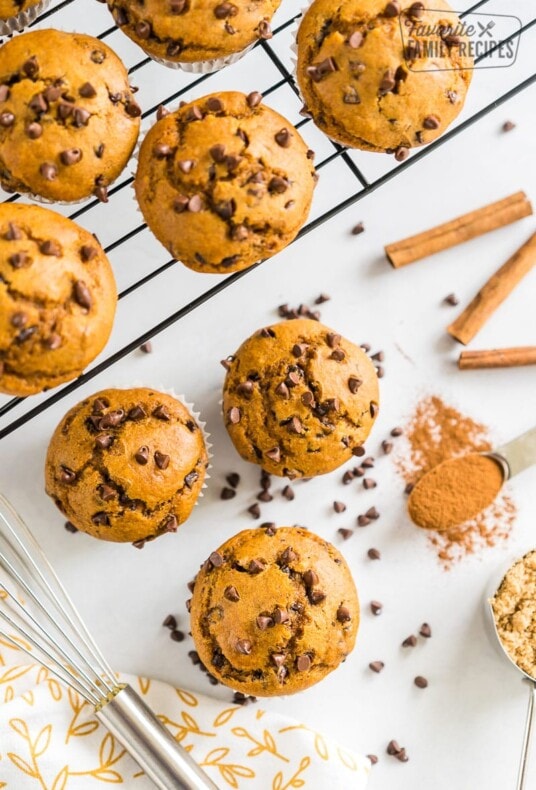 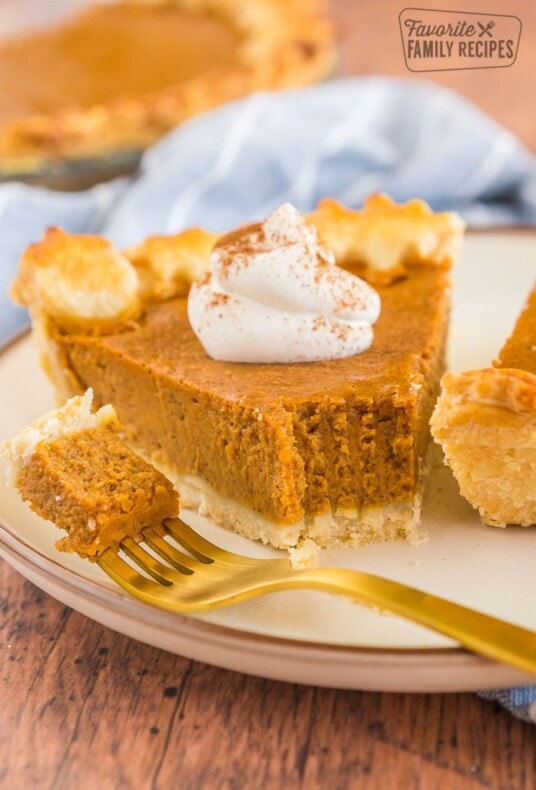 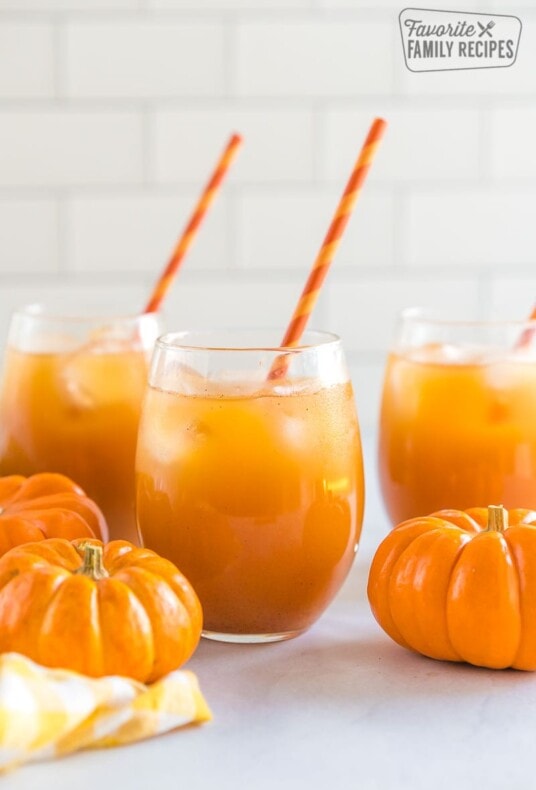 Here’s even more pumpkin recipes where you can use your homemade pumpkin puree: 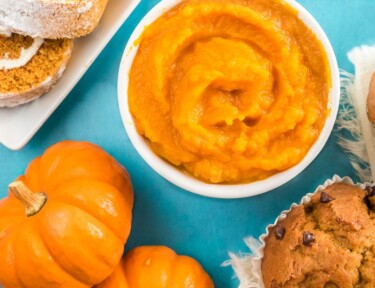 5 from 5 votes
Making your own pumpkin puree is a breeze! Forget about the canned stuff and make your own at home with these 3 EASY methods!
Print Recipe Rate this Recipe
Prep Time 5 mins
Cook Time 1 hr
Course Puree
Cuisine American
Servings 6 servings 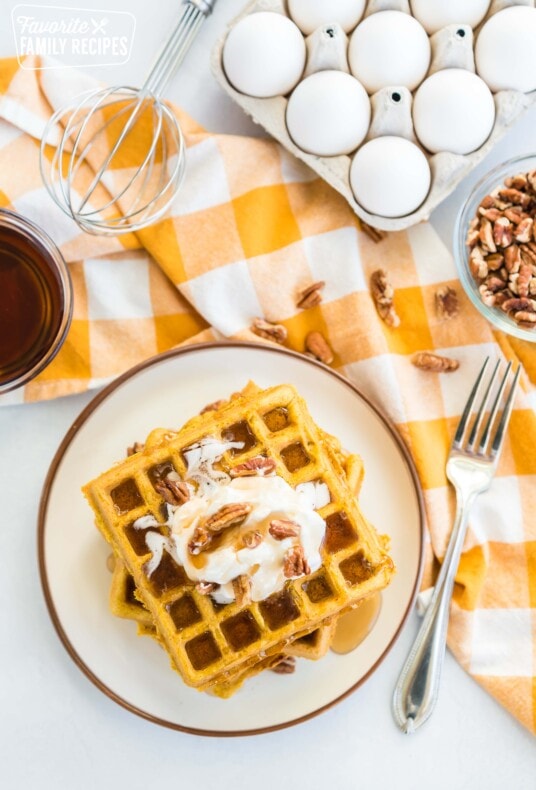 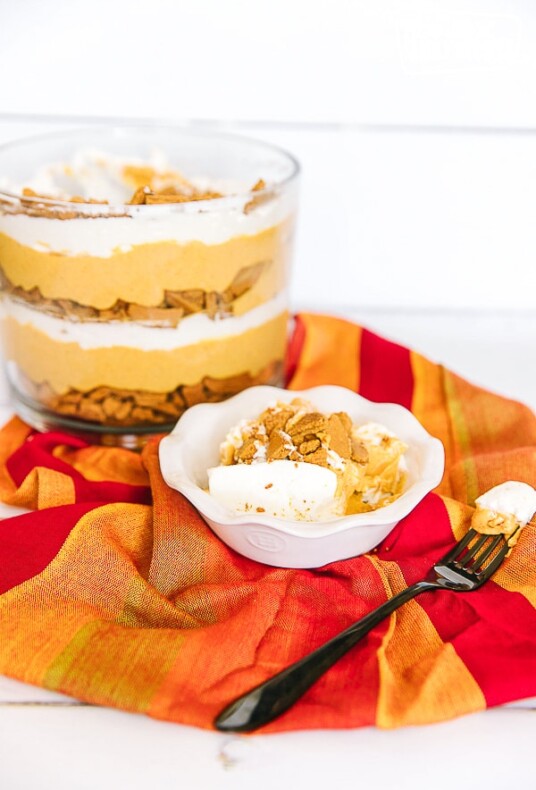 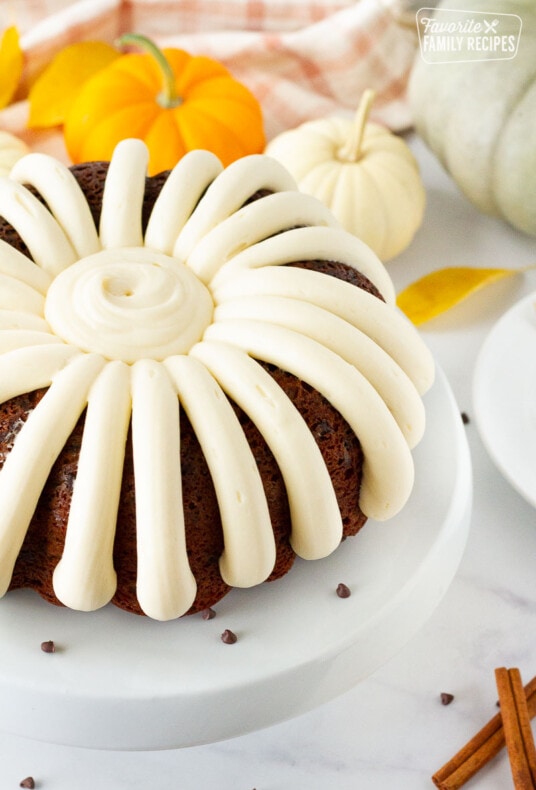