Easy Veggie Pizza Squares make the most delicious appetizer or snack. The creamy spread is so tasty with the crunchy vegetables and soft crust. 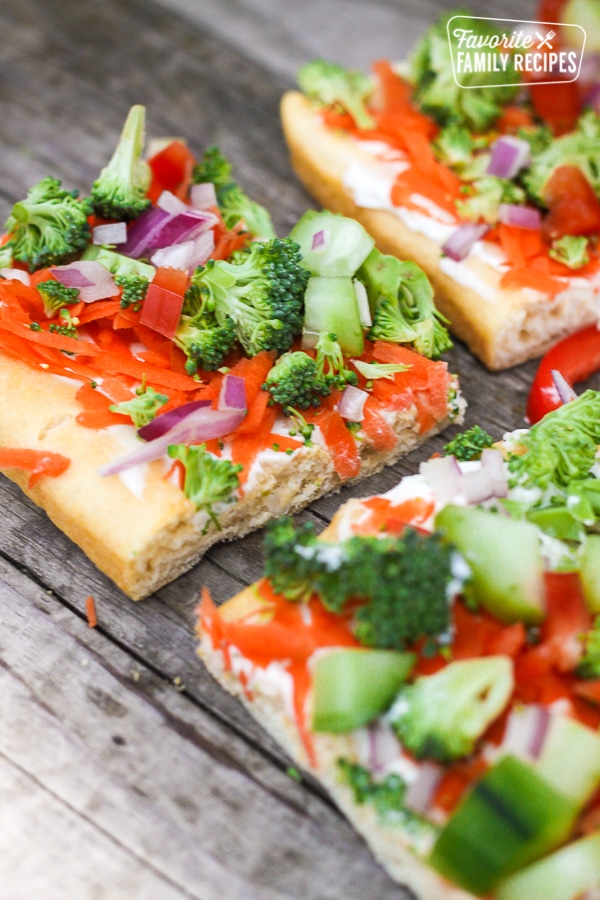 This Veggie Pizza Squares recipe can make a vegetable lover out of the pickiest of eaters. We first made them for a family New Year’s Eve party and they were a huge hit, especially with the kids! We used Kroger Greek Cream Cheese & Greek Yogurt, which tasted even better than regular cream cheese. Plus it’s so much healthier; it has TWICE the protein and HALF the fat of regular cream cheese. You can get the Kroger Greek Cream Cheese & Greek Yogurt both in a brick and in a whipped tub. We used the brick for this recipe but if you are looking for a lighter, more airy texture, try the whipped. I love using the whipped spread on crackers and bagels. SO good.

What to Serve with Veggie Pizza Squares

Veggie Pizza Squares can be served after school for a healthy satisfying snack, or for dinner with a huge green salad. Or try it alongside some of these delicious appetizer recipes for a glorious party buffet:

How to make Veggie Pizza Squares 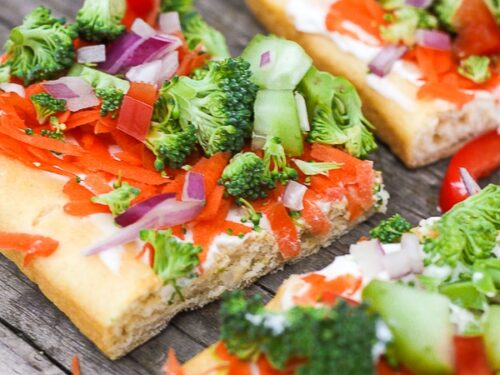 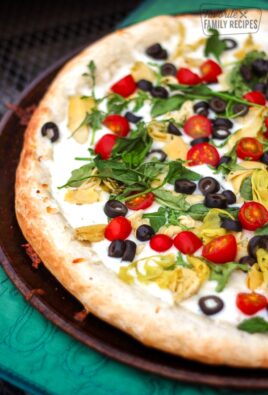 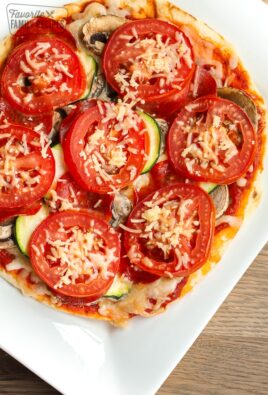 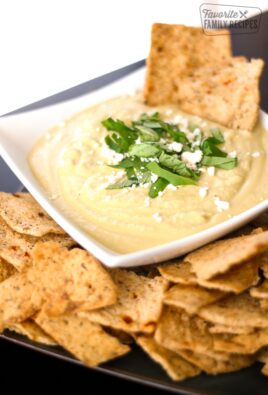 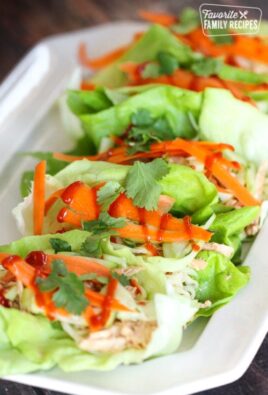