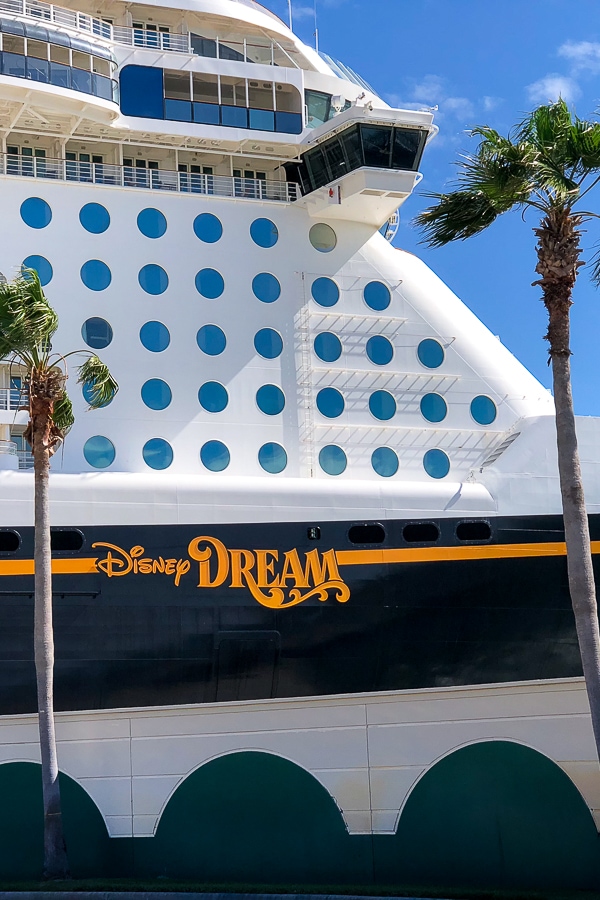 Our family loved this cruise! It was so much fun. We’ve been on cruises before, but there is something extra special about the Disney Cruise Line. It is magical. The Disney Cruise Line is a cut above the rest because of the attention to detail, the family-friendly environment, the world class entertainment, and the exceptional dining experiences. Here are just a few of our favorite things from our Disney cruise: 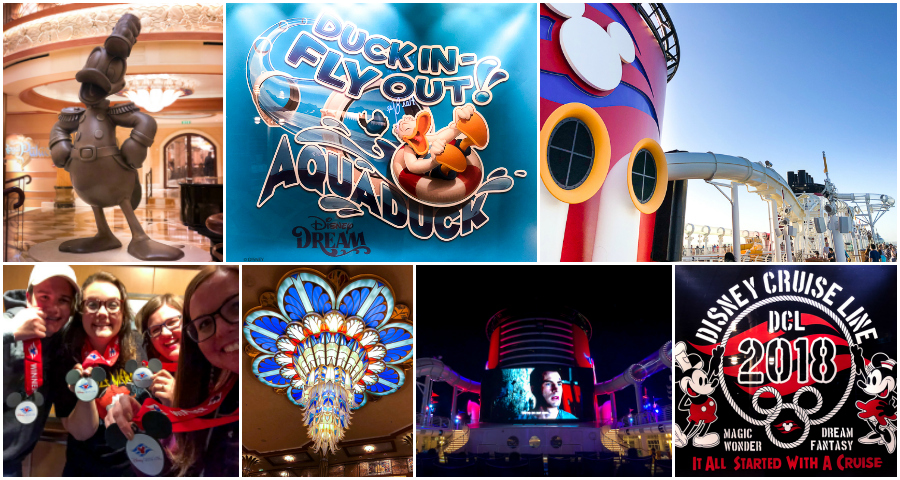 Sometimes it really is the little things that make all the difference, even on a cruise. We were treated like family from the moment we stepped onto the ship. The Disney crew members made us feel welcome and comfortable during every moment of the cruise. Our room attendants, our servers in the dining rooms, and the staff in every area of the ship were warm, friendly, and ready to assist us with anything we needed. Our servers, Fiona and Surya, each night at dinner were exceptional. They called us by name, they helped us with dietary restrictions and menu selections, and they were so fun and entertaining. Everyone on the ship will tell you that they had the best servers, but I’m certain ours were the best of the best! 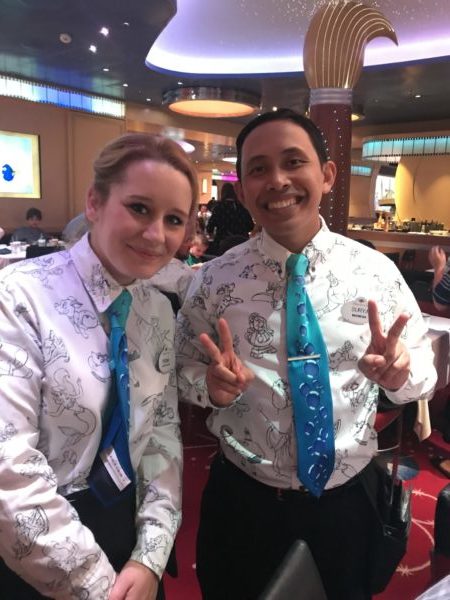 Another attention to detail was the cleanliness of the ship. Every inch is sparkling clean. The dining areas, the youth clubs, the public restrooms, the pools and decks, and our stateroom were kept spotless. We loved coming back to a clean room and the fun towel animals on our beds! 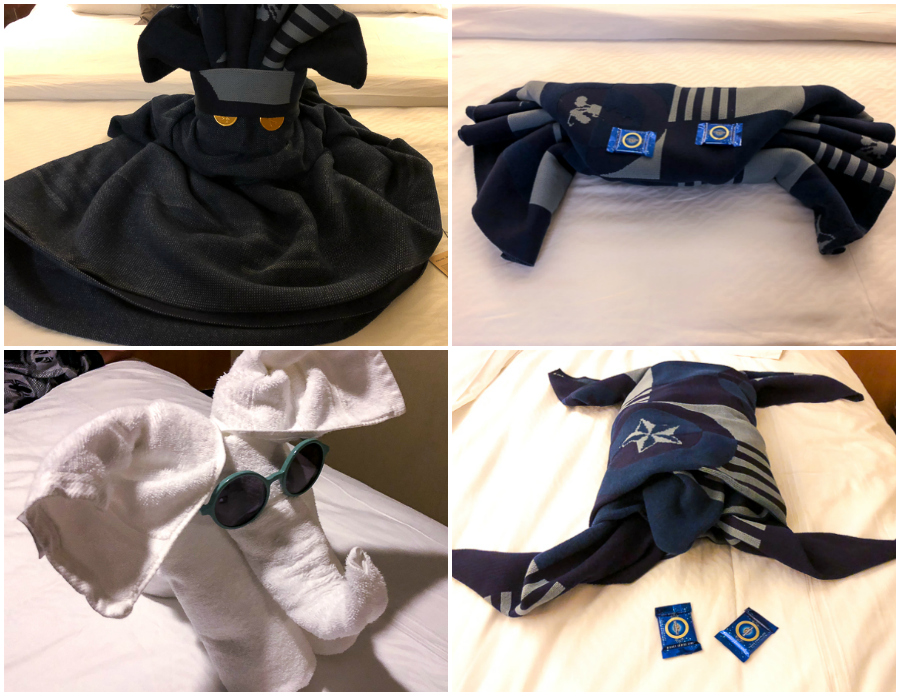 Of course, the magic of Disney is the detail that makes all the difference. The entry onto the ship is through a giant Mickey-shaped portal. Disney characters are seen throughout the cruise. Dole Whips and Mickey Ice Cream Bars are available on the ship. Music from Disney movies is playing in all of the open areas. We would walk out of our room to go hop on the elevator and sing along to our favorite songs. There was the Disney “element of fun” every where we went on the ship.

We saw families of all shapes, sizes, nationalities, and ages. Everyone was welcomed and celebrated on the ship. The activities available during the cruise are practically limitless. There are activities for the whole family to do together. There are two “Oceaneer” youth clubs for kids 3 to 12, a club called Edge for kids 11 to 14, and a teen club called Vibe for 14 to 18. 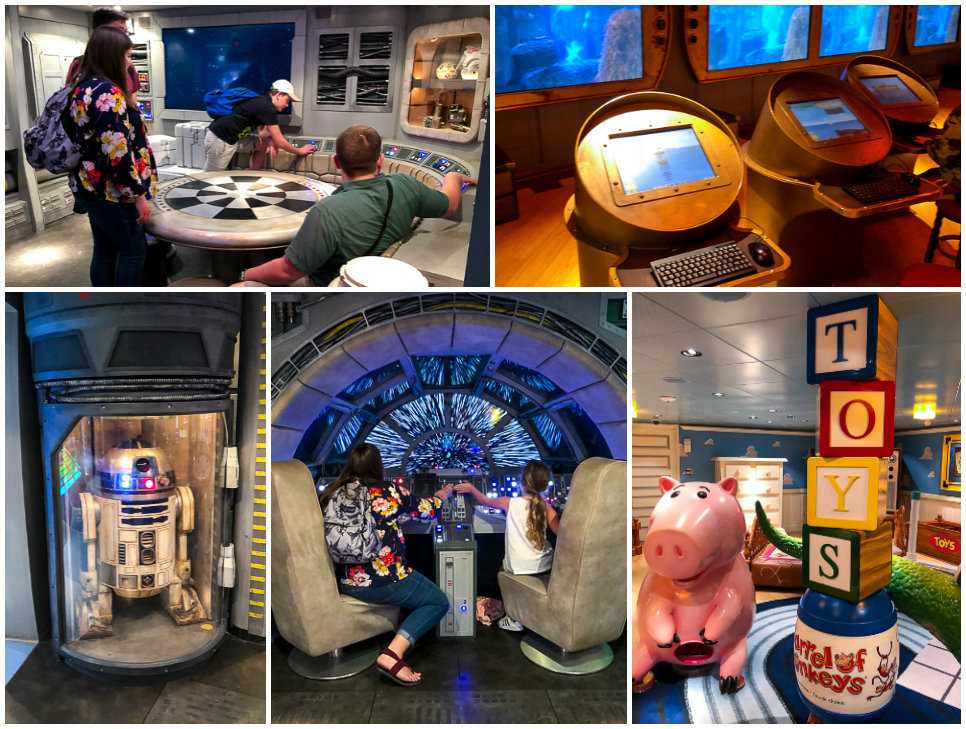 There is also a Small World Nursery for little ones under three. Parents can even come put their babies down for naps and go play while the baby sleeps, taking comfort that a nursery cast member will be watching them.

There are also adult-only areas and pools. There are several adult lounges that each have their own unique look, with fun games and activities scheduled throughout the day. We went to several games hosted by #TonyfromSpain, he was hilarious and would get us laughing to tears! Even the adult entertainment keeps it clean, which we really enjoyed.

The family activities are designed to entertain family members of all ages. The crew members make it so fun. We loved the family karaoke nights and the Disney trivia activities. There was never a worry that something said would be inappropriate.

Family is at the center of the Disney Cruise Line atmosphere. It is safe, friendly, and inviting. Our eight family members on the cruise ranged from 15 years old to 53 years old. We all enjoyed every minute and agreed it was the best vacation we’ve been on to date.

The entertainment on The Disney Dream was fabulous. There was a different live show each night. We saw The Golden Mickeys, Beauty and the Beast, and Disney’s Believe. The Golden Mickeys and Disney’s Believe each featured a unique storyline that included a variety of musical performances from Disney films with Disney characters. Each performance was a Broadway quality performance. Both live shows had a feel-good message about believing in yourself. We left the shows smiling and light-hearted. 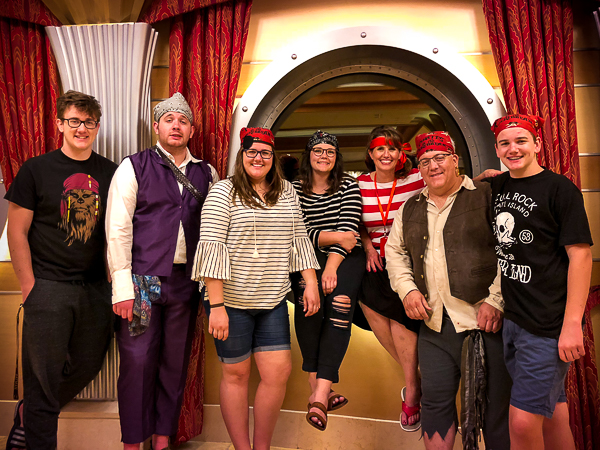 Pirate Night is an experience that the Disney Cruises are famous for. Everyone dresses up like pirates and there are pirate themed dinners and entertainment during the day. 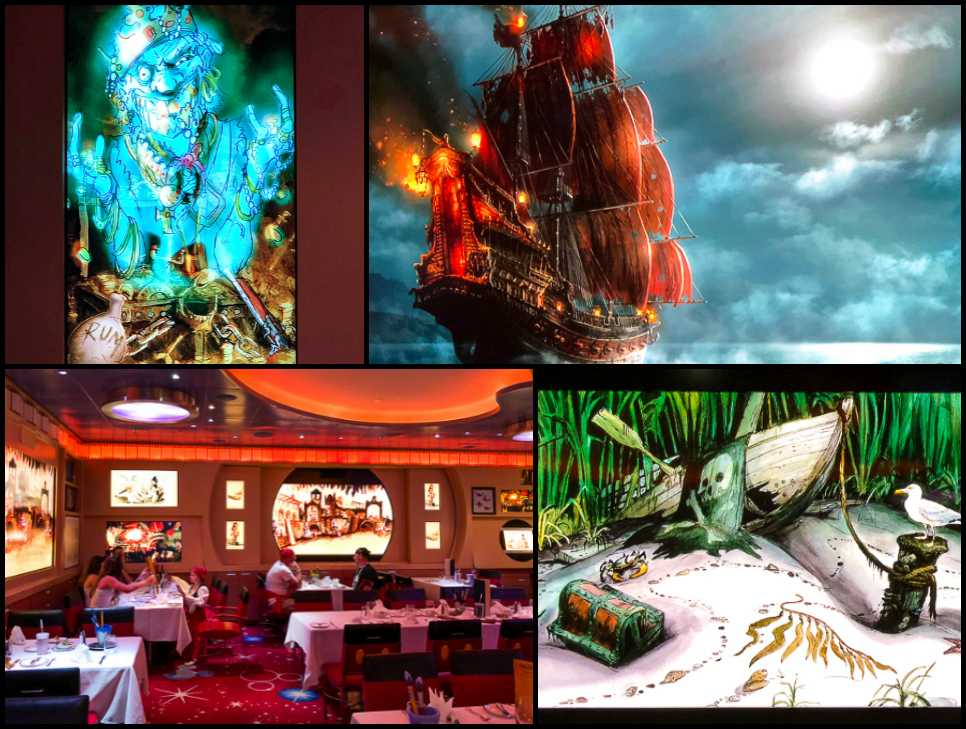 That night there is a big party on the top deck and the ship does fireworks at sea! 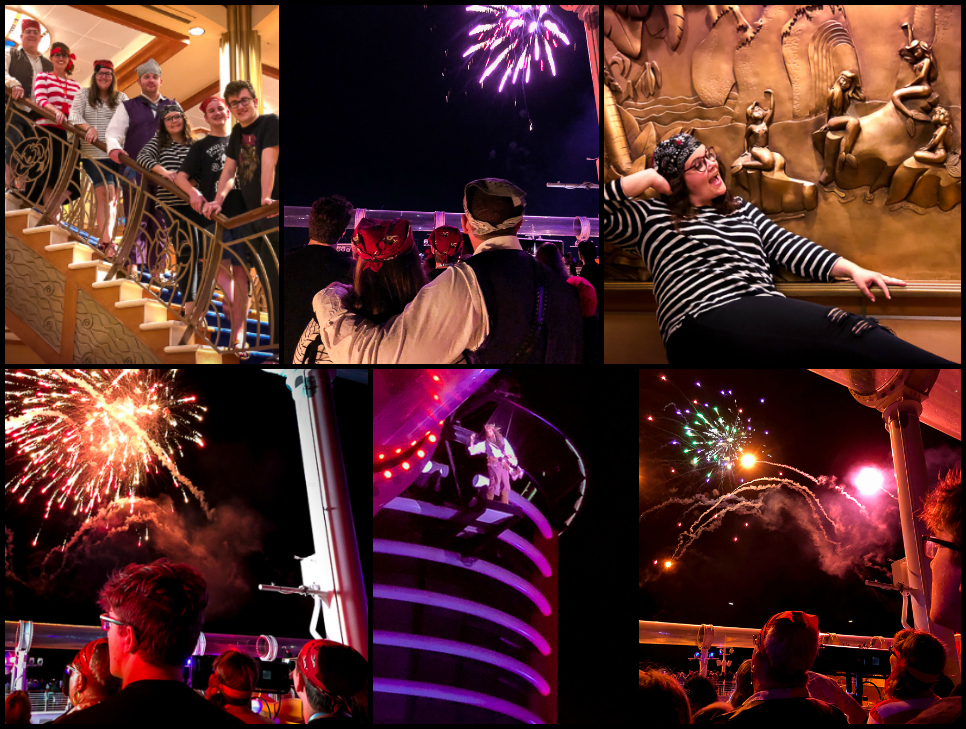 You can also experience Star Wars and Marvel Days at Sea on select cruises.

Each night was a unique and exceptional dining experience aboard the Disney Dream. As I mentioned before, we had the same servers each night. They knew us by name, had our favorite drinks ready, and knew our dietary restrictions. We looked forward to dinner each night because of how relaxing and enjoyable it was.

Our first night was in the Enchanted Garden. A beautiful water fountain is at the entrance and there are beautiful glass flowers throughout the restaurant. The ceiling changes colors during dinner. The menu choices were all so tempting. I ordered the Seared Sea Scallops entree and it was delicious. It truly was enchanting! 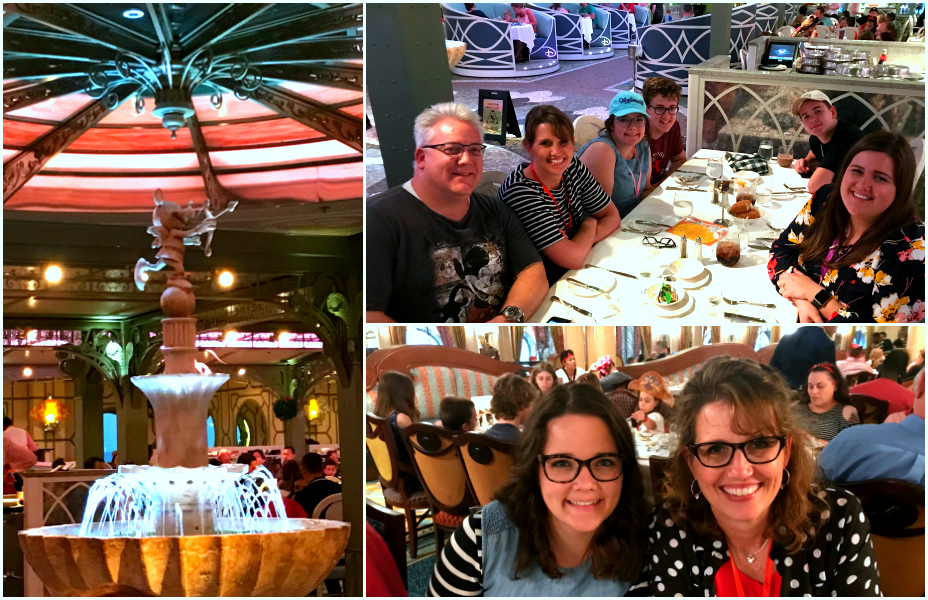 The Royal Palace was our dining option for the second night. Imagine walking into your favorite fairy-tale story. It was everything you would imagine a Royal Palace dining experience to be – roses on the carpet, a glass slipper chandelier, and paintings on the walls of the Disney princesses. The menu is fit for a king and queen. I had the Filet Mignon with Bearnaise Sauce. It was heavenly!

We saved the best for last, not because the appetizers, entrees, or desserts were any better – they were amazing at each of the restaurants. The interactive entertainment at Animator’s Palate was like nothing we had ever experienced. We were under the sea with Crush, Bruce, Marlin, Nemo, and Dory from Finding Nemo. My 18-year old son had an amusing conversation with Crush that got the whole table laughing. It was so funny! This is one of my favorite photos from that night. Instead of eating dinner, I thought we were going to be dinner for a minute. Luckily, Bruce decided we were friends, not food. 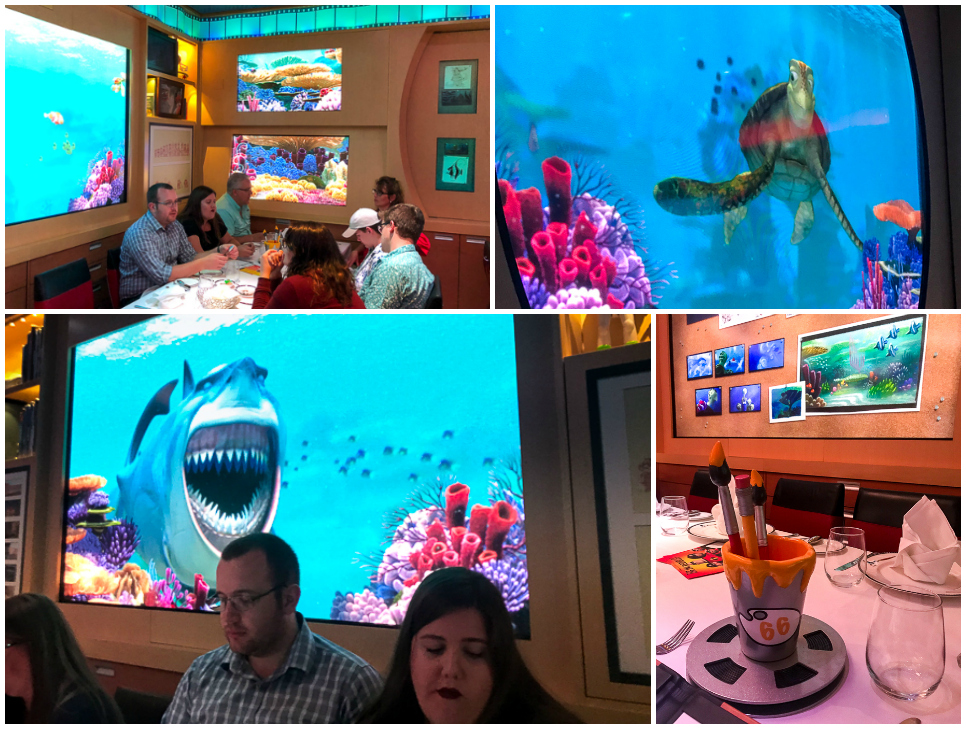 I had the black truffle pasta purseittes for an appetizer, beef tenderloin for an entree, and I had two desserts! It was impossible to just pick one. I had the creme brûlée and lemon ice box cake. There is a reason people gain weight on cruises! It was totally worth a few extra pounds.

There are some yummy options to curb your sweet tooth while on the ship. Disney Cruises just started serving Dole Whips and Dole Whip Floats! There are way bigger than the Dole Whips that you can get at the parks, and you can get whip cream on top. 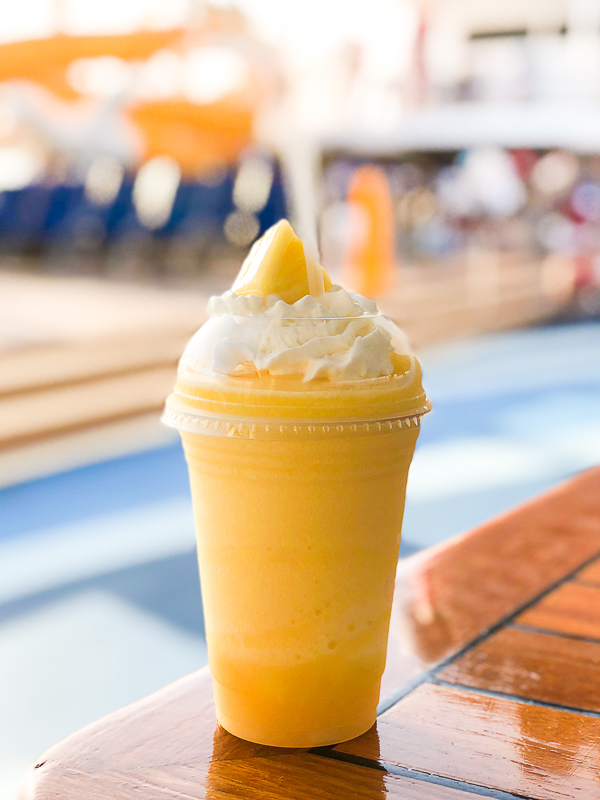 We also loved Vanellope’s Sweets and Treats! This candy shop is decked out with Sugar Rush decorations and loaded with chocolates, cupcakes, and milkshakes. 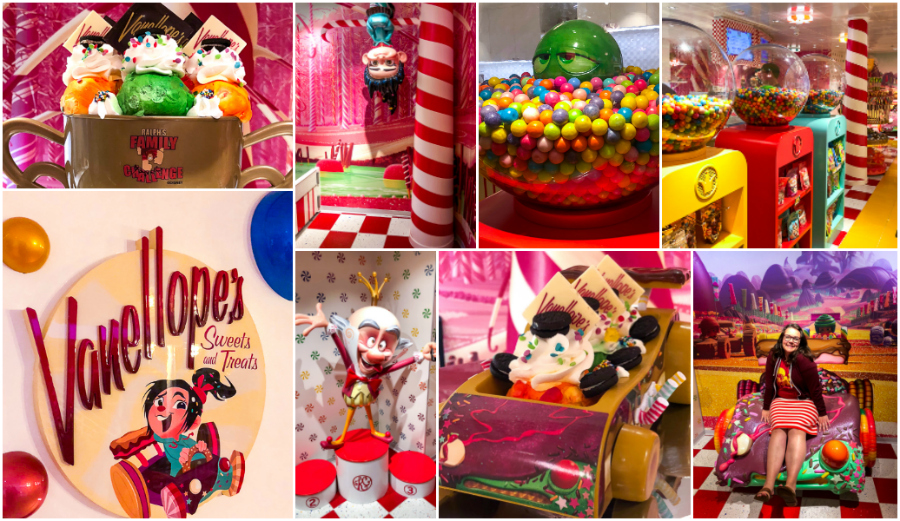 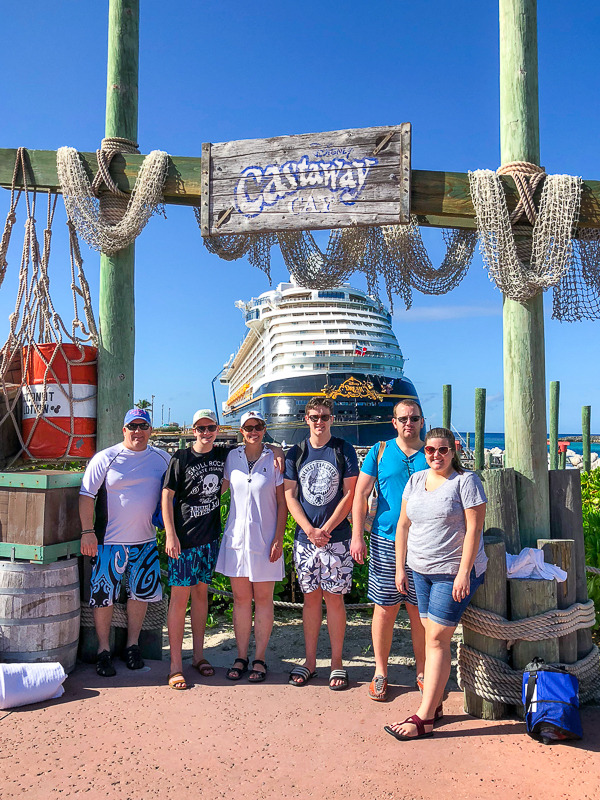 We loved everything about our Disney Dream cruise, but we all agreed that our favorite part of the cruise was our time on Castaway Cay. It was a perfect day with lots of sunshine and blue skies. 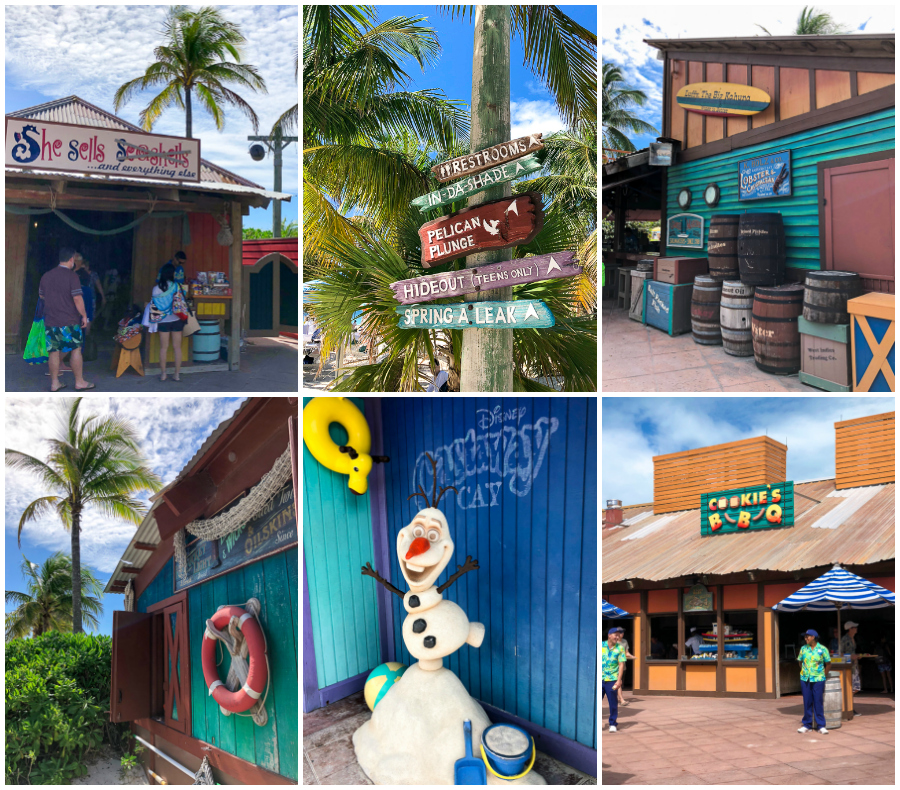 The island has pristine beaches, including an adult-only beach, port adventures, snorkeling, biking, waterslides, and more. 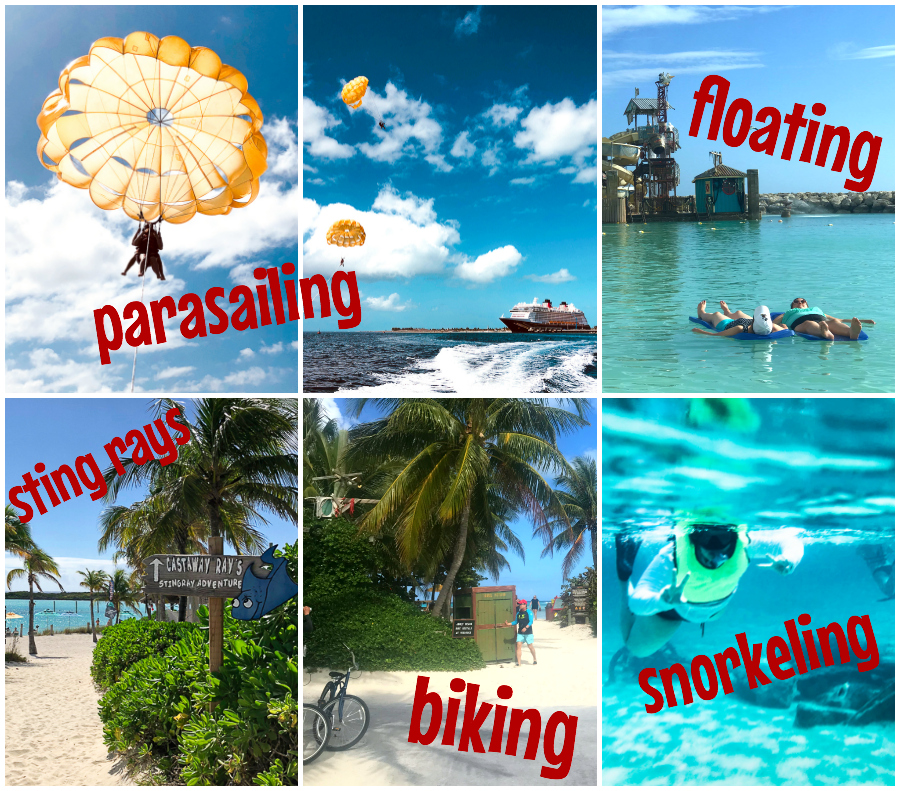 We wanted to get a good look around Castaway Cay, so we took a bike ride first thing in the morning around the island. The bike paths are paved and easy to follow. Just off the path, there is a place to park the bikes and go up onto a high tower where we had incredible views of the island and the ocean. After the bike ride, we cooled off on the waterslides, and then we went snorkeling. 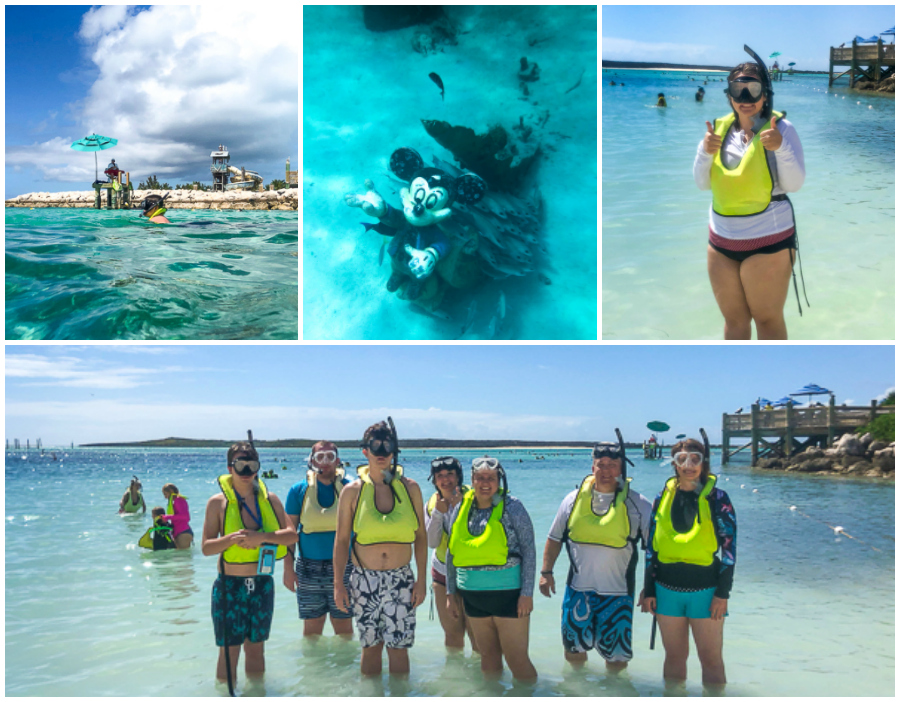 The snorkeling was a lot of fun with the whole family. But afterwards we were all pretty hungry! Luckily Castaway Cay has two BBQ buffets called Cookies and Cookies Too as well as fruit stands and places to get specialty drinks. We tried a salted caramel and a raspberry Pina Colada that were both amazing!

After a delicious BBQ lunch buffet, we enjoyed laying in hammocks on the beach and swimming. It was a fun-packed day! 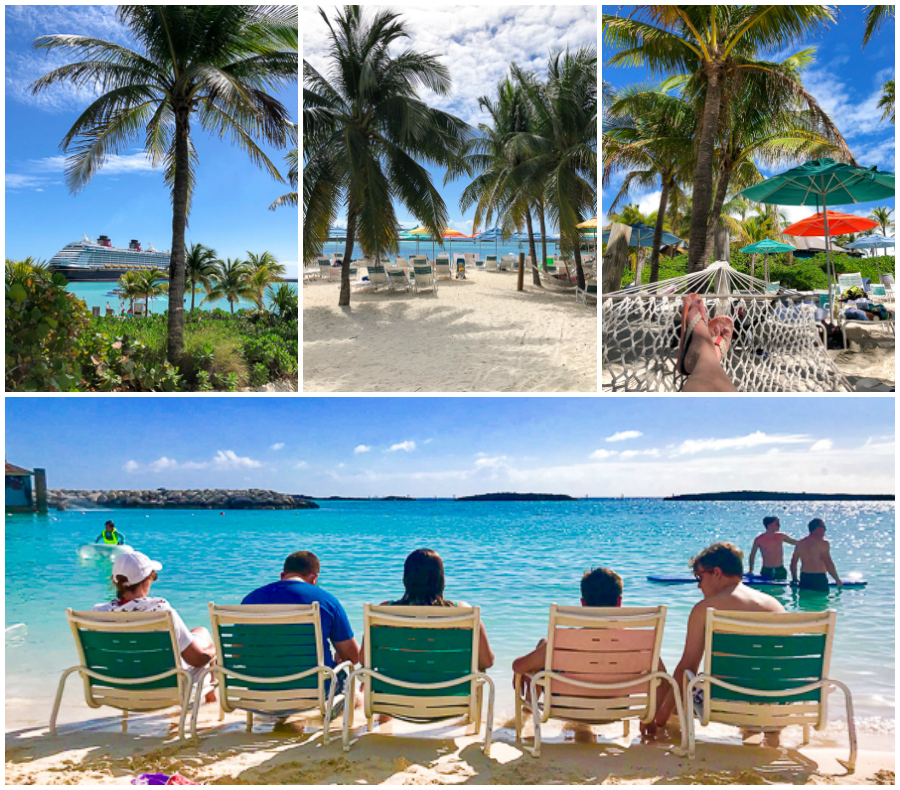 We also stopped at Nassau in the Bahamas. My daughter, Kelsey, did some research on the history of the Bahamas and really wanted to see Parliament Square and The Queen’s Staircase. Both were within easy walking distance of the ship.

Parliament Square was built in the late 1700’s and early 1800’s. The Colonial-style pink buildings on the square are the House of Assembly, the Senate Building, and the Supreme Court of The Bahamas. A marble statue of Queen Victoria sits directly in front of the Senate Building. 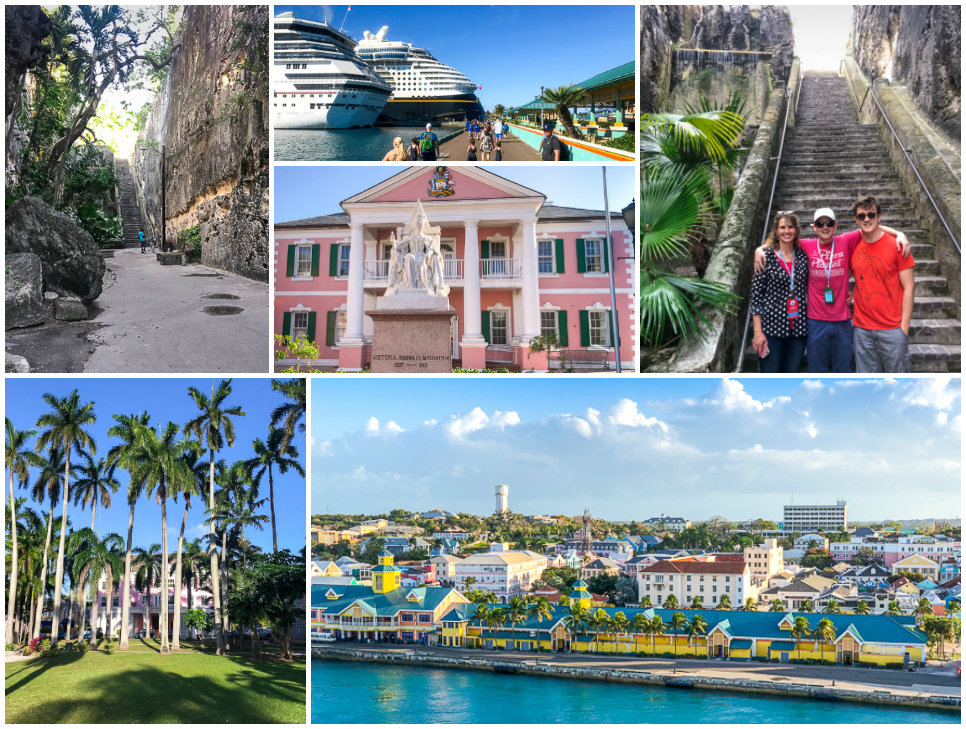 The Queen’s Staircase is a solid limestone staircase that is a major landmark in Nassau. The staircase was built by slaves in 1793 and 1794. The steps were later named in honor of Queen Victoria who abolished slavery in the Bahamas when she ascended to the throne in 1837.

Emily and Beau scheduled one of the Disney Dream’s port adventures out to a little private island. The turquoise waters and white sand beaches looked amazing! 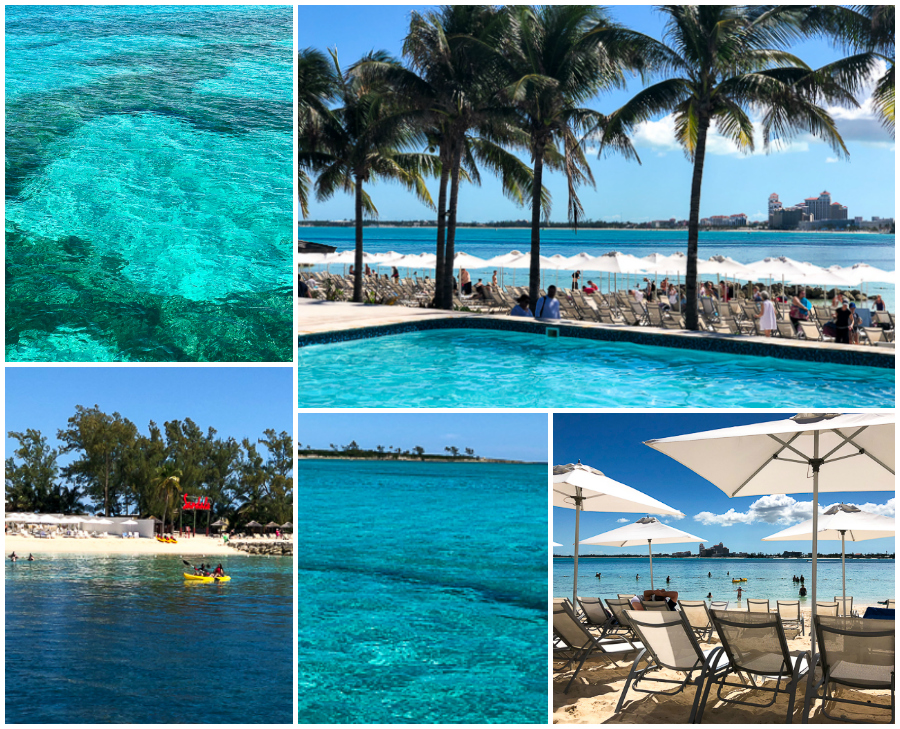 During one of the Disney Social Media Moms conference sessions, we had the pleasure of meeting Sharon Siskie, Senior Vice President of Sales for Walt Disney Parks and Resorts. She shared some exciting news with us! By 2021, the Disney Cruise Line will have three new ships with 1,250 guest rooms. The ships will be slightly larger than the Disney Dream and Disney Fantasy.

Sharon Siskie also announced that the Disney Magic will have a new Tangled theme with Rapunzel’s Royal Table, a regal ballroom, glowing wish lanterns, and more. Rapunzel is celebrating her birthday one year after her return to the kingdom. The guests on the cruise are invited to the party!

Did you know that Disney offers multiple family vacations options? Adventures by Disney provides family adventures to locations throughout the world. The adventures are led by two Adventure Guides that help guests connect to the people, stories, culture, and traditions of each destination. To learn more about Adventures by Disney, go to adventuresbydisney.com.

We had had so much fun and learned so much during the 2018 Disney Social Media Moms Land and Sea Celebration. For more Disney news and information from the conference, see our other posts: 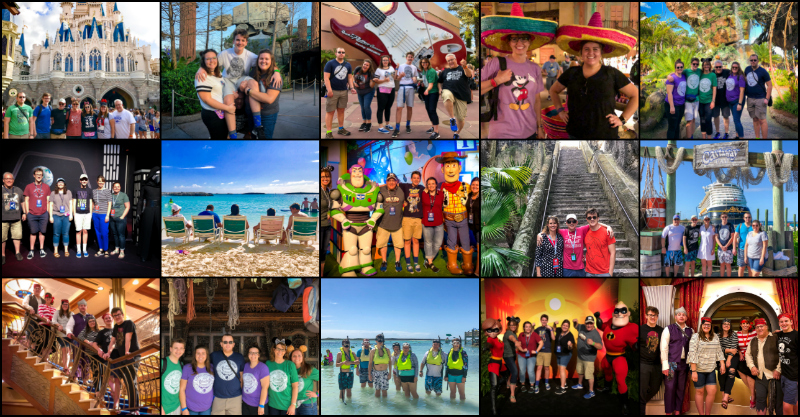 The Disney Social Media Moms Celebration is a conference by invitation only for Social Media Influencers that we paid a fee to attend. We received complimentary items, special discounts, food, and entertainment so we could experience the magic of the Walt Disney World Resort and the Disney Cruise Line. We were not required to write about our experiences and all opinions are our own. 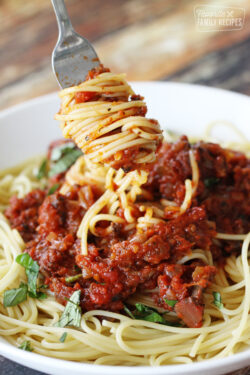 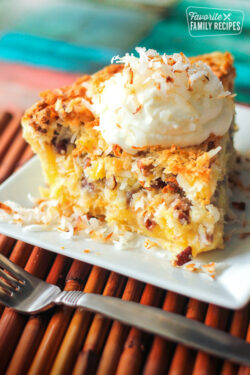 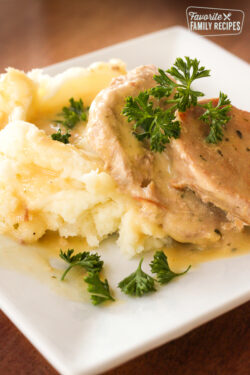 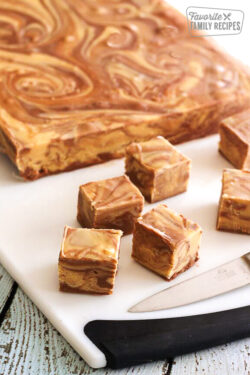