Corn chowder with bacon is a rich, hearty soup that will warm you from head to toe. The bacon in this chowder adds a delicious flavor to the potato and corn chowder base. Kids and adults love it! 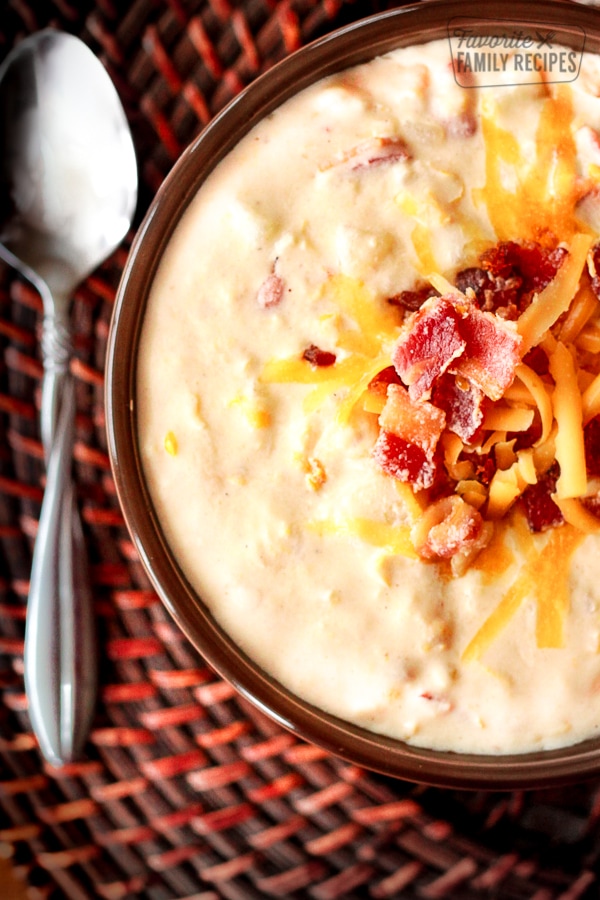 This corn chowder recipe is a favorite of almost all of my Mom’s grandkids. One of my nephews came to her during his Winter break from college and begged her to make it! This recipe has never been written down before, as she makes it from memory every time she makes it. The last time she made it I stood over her and made her measure everything out… so we could get it JUST right!

Then, of course, I had to share the recipe with you all! I know you will love this one as much as we all do—it’ll be a family favorite for you as well.

Simply put, a rich soup made with milk or cream containing seafood or vegetables. These days, everyone can enjoy a bowl of chowder, but in the past it was considered to simply be a poor man’s food.

Fish chowders were the first ones to hit the scene before the 16th century. The early settler’s used salt pork and ship’s biscuits in addition to the fish. Clams were also often added, giving it the name clam chowder, which is probably still the most famous chowder today.

Like most foods, the history of chowder is pretty fascinating—you can read more about corn chowder and other types of thick soups here.

What really sets this tasty corn chowder apart is the addition of bacon. It counteracts the sweetness of the corn with that salty brine flavor. It adds a welcome flavor to the potatoes that make the base of the chowder as well.

This soup is the perfect hearty meal to make for lunch or for dinner. Whichever meal you have it for, try serving this corn chowder with this biscuit recipe or these Brazilian cheese bread rolls.

What Our Readers Say

It appears our corn chowder recipe has been a hit with our readers as well! Here’s what some of them have had to say about this recipe:

“My whole family loved this corn chowder! Even the kids wanted more.” – Kelley

“This soup is now my favorite soup for fall! It was so easy to make and so delicious! My whole family loved it. When there are no leftovers, you know it went over well! We will definitely be making these again!” – Jenni

“This soup is the absolute perfect comfort food! Excellent to cozy up with on a cold evening.” – Whitney

Other Chowders to Try: 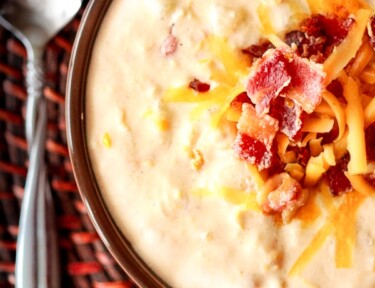 5 from 5 votes
Corn chowder is a rich, hearty soup that will warm you from head to toe. The bacon in this chowder adds a delicious flavor to the corn and potatoes. Kids and adults love it!
Print Recipe Rate this Recipe
Prep Time 10 mins
Cook Time 25 mins
Total Time 35 mins
Course Soup
Cuisine American
Servings 8 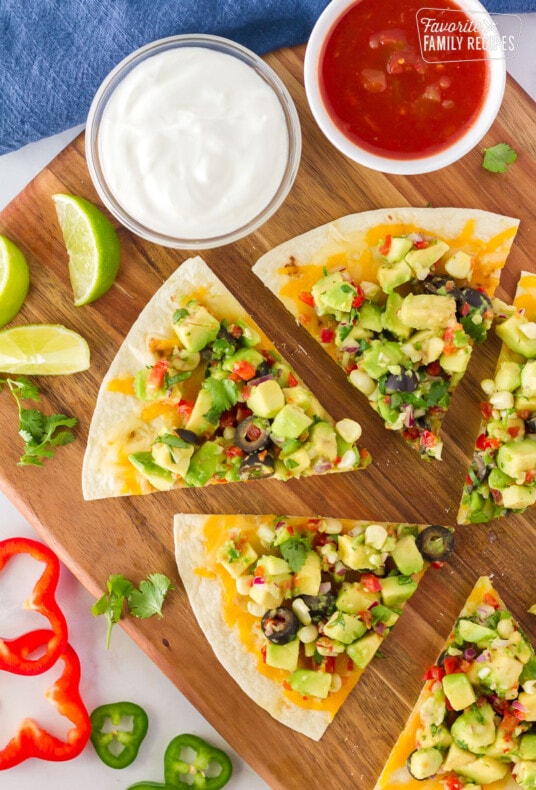 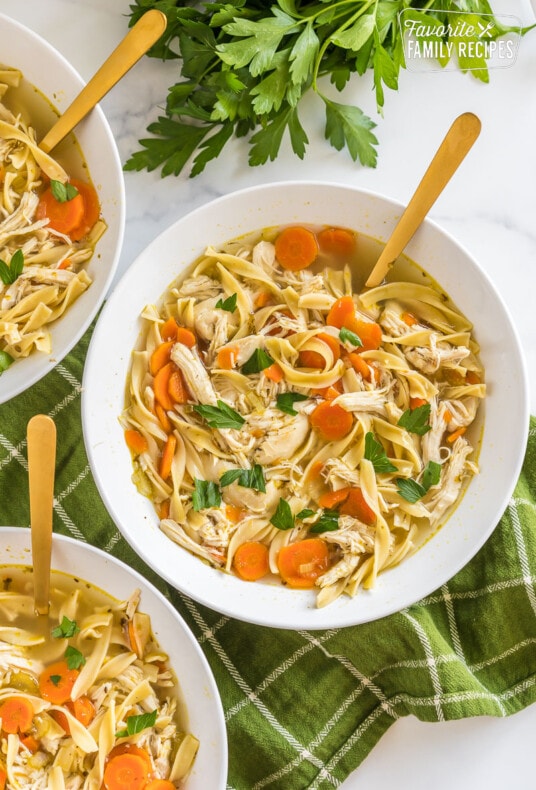 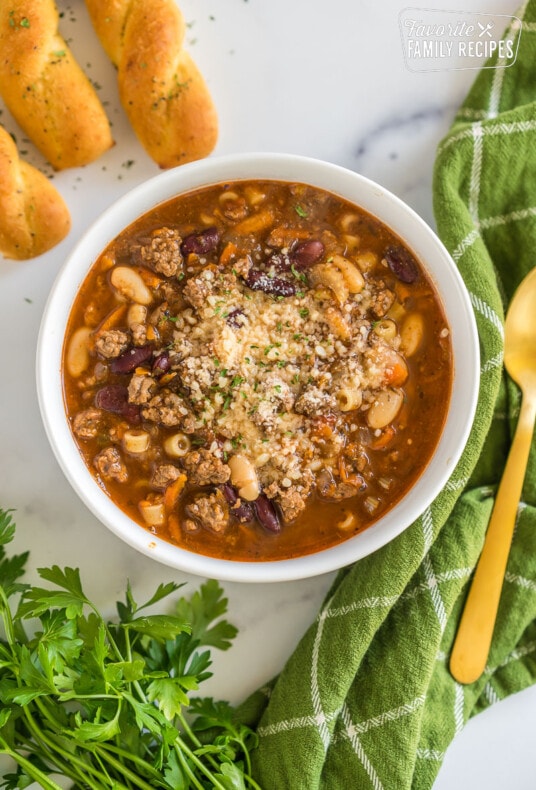 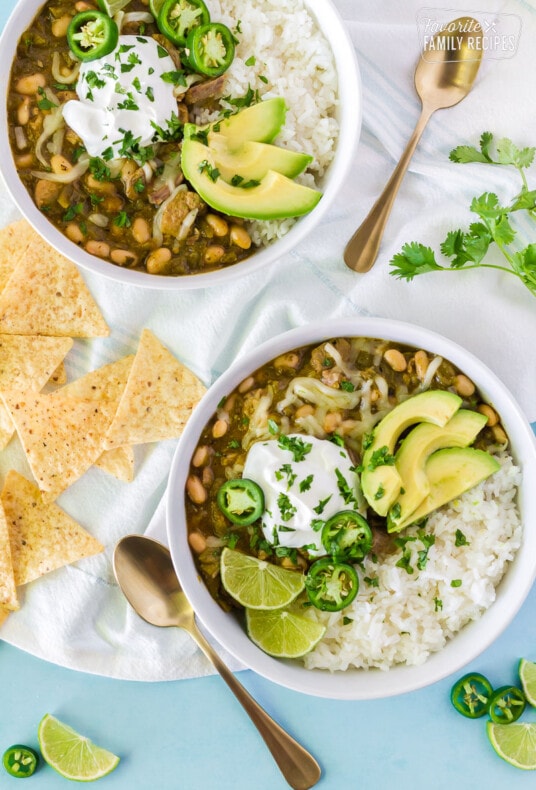