Jump to RecipePin Recipe
Loaded Cheesy Potato Skins are a game day must! Crisp bacon, tender potato and lots of gooey cheese, this recipe rivals anything you can get at a restaurant. 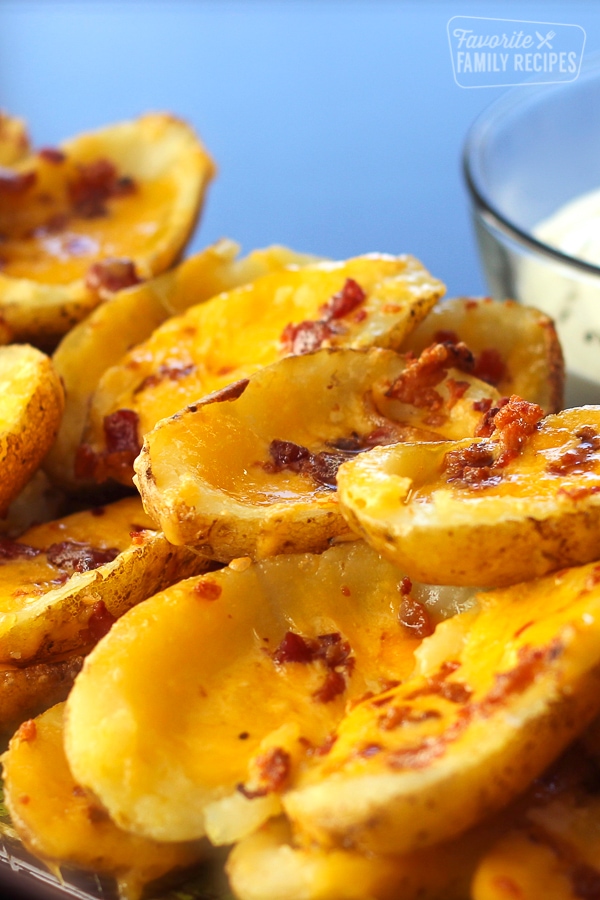 Loaded Cheesy Potato Skins are a favorite staple for the Super Bowl, or just about any casual family gathering, and it’s an appetizer my husband looks forward to more than the actual game! They are a like a salted potato boat filled with crisp bacon and melted gooey cheddar and are so good dipped in sour cream or our homemade ranch dressing. They’re really easy to make, and you only need four ingredients! This recipe is one of our favorite Super Bowl Recipes. Be sure to check out our full list of recipes for the big game. You’ll find all kinds of saucy meats, savory appetizers, sweet treats, and delicious dips. Everything you could possibly need to host the Super Bowl (or any tailgate/sports watching party)! Find the full list HERE.

If you love potatoes as much as we do you should definitely try some of these other potato sides: 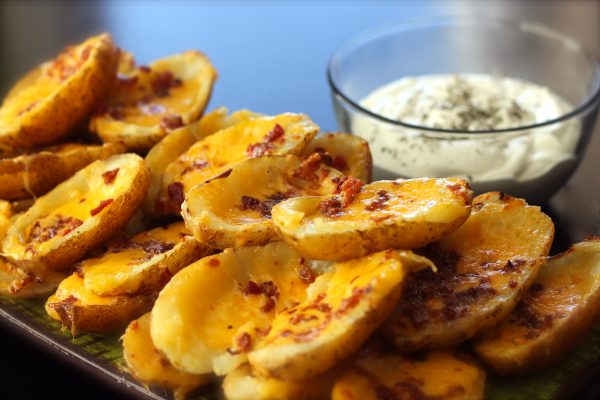 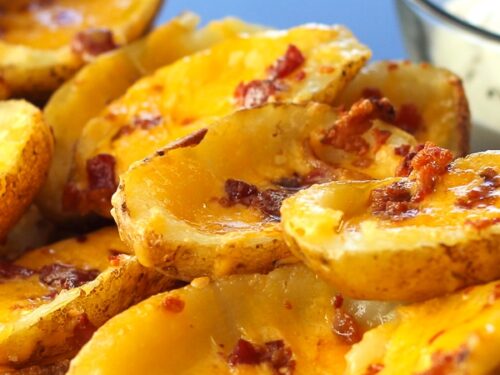 Print Pin Rate Video
Loaded Cheesy Potato Skins are a game day must! Crisp bacon, tender potato and lots of gooey cheese, this recipe rivals anything you can get at a restaurant. 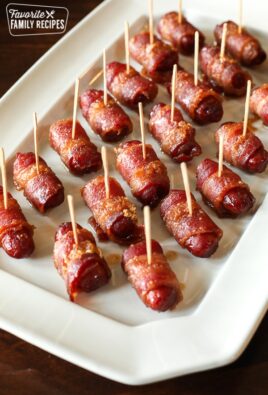 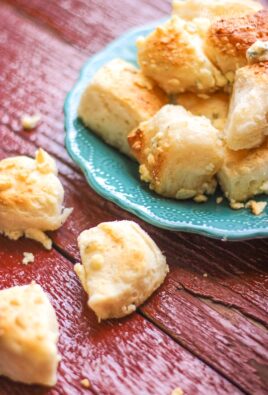 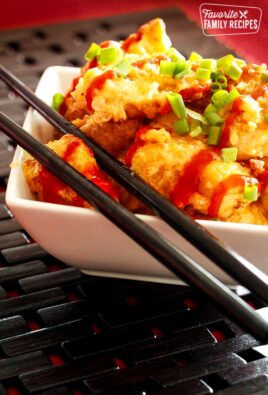 How to Make a Meat and Cheese Tray