Rock your next camping trip with this giant Dutch oven cinnamon roll. Everyone will love it! Not a camper? It can also be baked in the oven in your very own kitchen.

This is a guest post from our brother, Devin. Before we go on, the Dutch Oven Cinnamon Roll pictured above was made from this recipe tripled. So if you are afraid it will make too much, the regular recipe will be one-third this size. Now, back to Devin’s big idea.

I have been looking for a new Dutch oven dessert for a long time now. Cobbler is delicious but can get boring, so in my spare time I have been thinking, or perhaps obsessing, about just what I can do to make Dutch oven desserts fun again. Then one night I had a dream. No a vision!!! No, let’s call it divine inspiration. Whatever you call it, behold, here is my new creation: a Dutch oven cinnamon roll!

What’s so special about a Dutch Oven?

When it comes to cooking tools, the Dutch oven is arguably one of the most versatile pans to have in your kitchen arsenal. While most people think of them as synonymous with outdoor cooking, that’s not the only way they can be used. It’s a great way, but not the only way.

Dutch ovens can be used on the stovetop or in the oven as well as over a bed of hot coals on your campfire. Our favorite recipe is a classic Dutch Oven Potatoes, but Dutch ovens can be used for making soups and sauces, boiling water for pasta, frying chicken or braising other meat, (try our Dutch Oven Chicken and Sausage) and for baking bread. Think pioneer-style bread baking on the plains. It worked then, and with the new styles and varieties available it works even better now. Our Dutch Oven Bread is crisp on the outside, light and fluffy on the inside and so delicious.

This ooey, gooey, cinnamon roll recipe is so easy because we take out all of the hassle with yeast, eggs, salt, mixing with a dough hook, etc. by using frozen bread dough! Trust me, once you get it covered with all the yummy toppings, you’ll never be able to tell! So here’s what you need:

We love making this cinnamon roll recipe on family camping trips. The ingredients are easy to pack in a cooler and they taste scrumptious mixed with cool mountain air! Here’s all you need to do:

Since people often equate Dutch oven cooking with camping, or at least outdoor cooking, there are some great things to consider pairing with your Dutch Oven Cinnamon Roll. Cajun Shrimp Foil Packets or these Grilled Ranch Potatoes in Foil make for great dinner options over the fire. If you want something transportable, and easy to eat while you’re hanging out in your camp chair, these Locos Tacos in a bag are perfect.

*Dutch Oven Cinnamon Roll pictured was made from this recipe tripled. 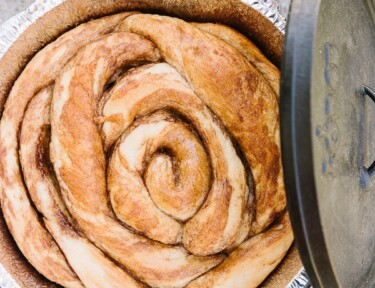 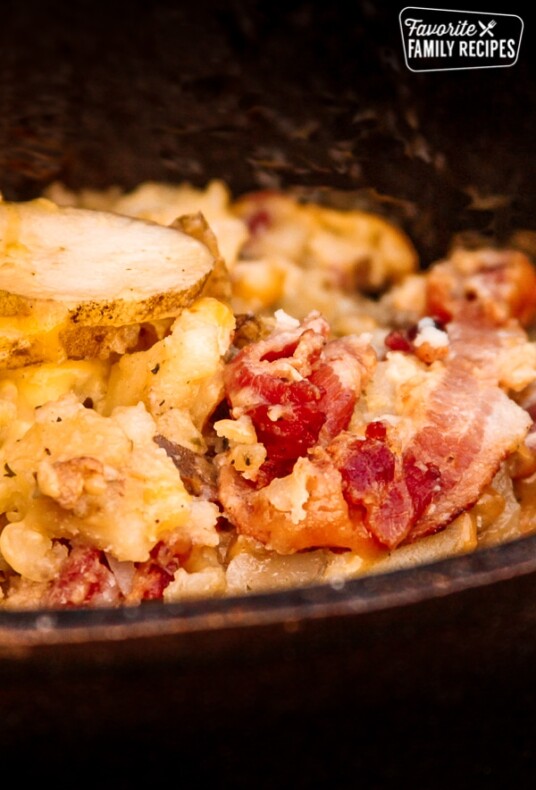 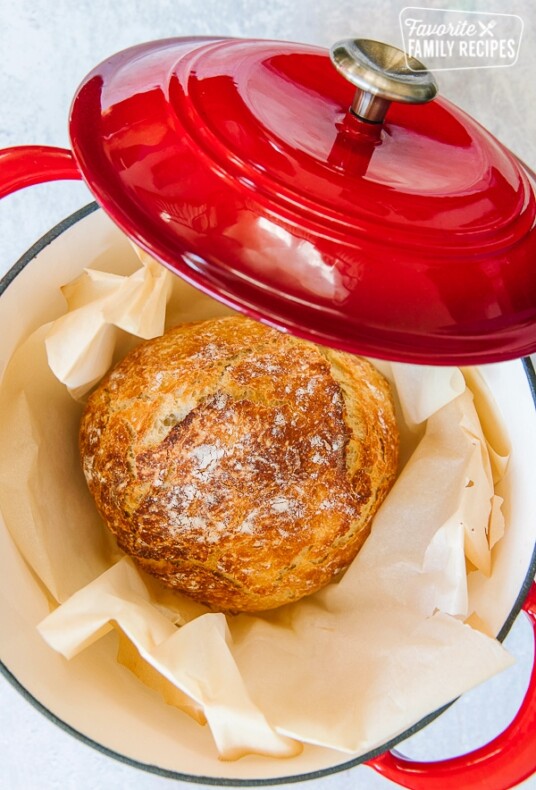 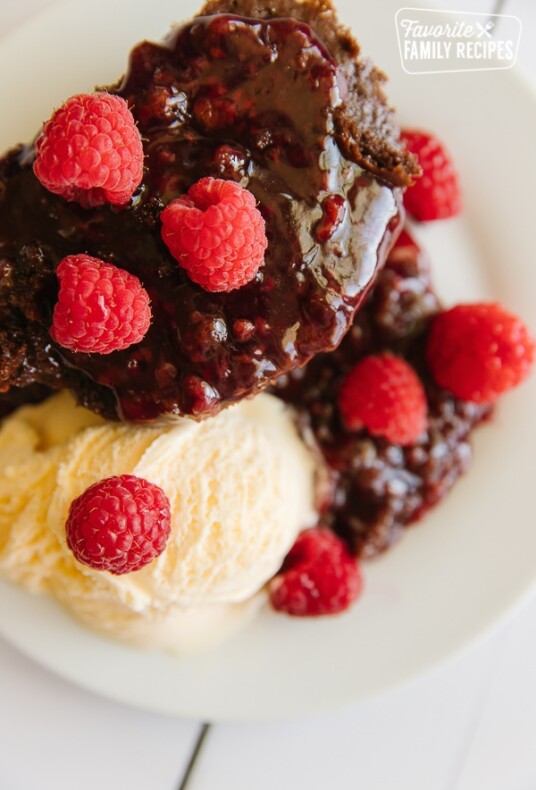 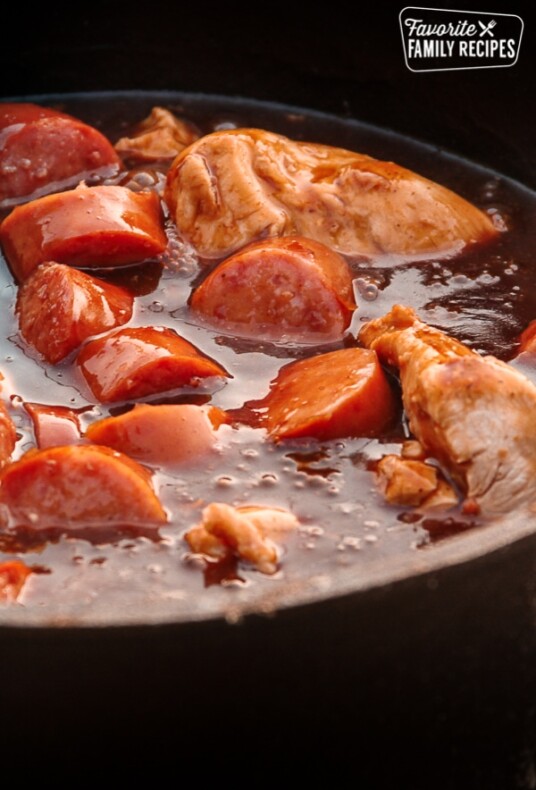